Today I did something I often did when I was young and unattached:  I took a ride after work.  I'm not just talking about the commute home:  I rode through the rest of the afternoon and into the early evening--fifty miles after work.

The best part is that today's ride, like the ones I used to do, was spontaneous.  I took a route I've ridden a number of times before, but it was unplanned.  I did one part of it; then, feeling good, I simply continued.


From 34th Street in Manhattan, where I've been teaching a Saturday class for a technical college, I pedaled up the greenway that skirts the Hudson River.  Because I'm trying to make this story fit all of those cheesy narratives I've ever heard, I'm going to tell you that I was guided by a light. 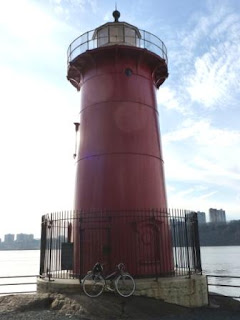 If you've ever ridden, walked, run, skateboarded (Is that a verb?) or rollerbladed over the Greenway, you've probably seen The Little Red Lighthouse.  Actually, it's called the Jeffrey's Hook Light, but most people refer to it by the name I used, which is also the title of a children's book inspired by the structure.  It hasn't functioned as a lighthouse in decades:  It stands under the George Washington Bridge, which spurred development on both sides of the river, which in turn lit up that treacherous stretch of the Hudson even better than any lighthouse could. 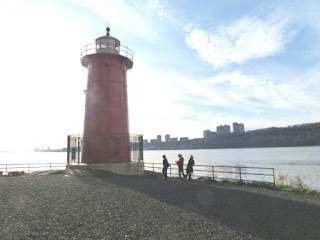 It was at the lighthouse that I decided to continue riding. So, naturally, I crossed the bridge and rolled along the edge of the Palisades through Bergen and Hudson counties to the Jersey City waterfront. 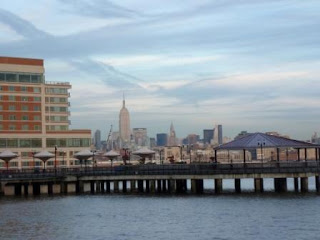 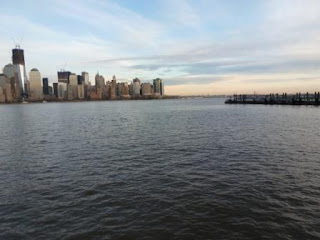 From there, I continued down through Jersey City and Bayonne to another bridge, which I took to Staten Island and the Ferry named for it. 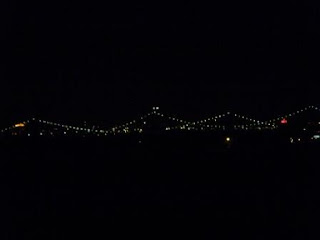 After I got off the boat, I cycled past Wall Street, the South Street Seaport and up the East Side to one of those bridges, which took me home.