Bike Banks: A Solution To A "Hidden Poverty?"

I haven't been to the Netherlands in a while.  So my firsthand memories of it aren't as clear as they are of countries I've seen more recently. But an impression I formed during my time there has been reinforced in all sorts of ways:  It is a country of contradictions and paradoxes.  You can see it in the art:  Few countries can claim as many renowned artists, in proportion to its population. Those artists include Rembrandt and Mondrian; Vermeer and Van Gogh (though the French love to claim Vincent as their own, as he lived and did his best work in Arles).

Another paradox is that it's the country that, some historians and economists argue, created modern capitalism--or, at any rate, exported it to the world. Yet it was one of the first nations to institute a comprehensive--or, if you like, socialist-- safety net for all of its citizens.

That system, which includes single-payer healthcare, is one reason why Dutch society isn't as socially stratified as the US.  While there are some very rich people, few (if any) approach the level of affluence seen in the wealthiest Americans, Russians or the economic elite in other countries.  Yet, there is still a stigma attached to a particular kind of poverty or hardship: the kind in which parents have difficulty providing for their children.  Even in a time or near-record inflation, including energy costs that have doubled, people are expected to "just shut up and get a job and don't complain," as one person put it.

Some Dutch people and families, like their counterparts in other countries, have to make difficult choices.  So one of the things that might be sacrificed is--even in nation where it's said, only half-jokingly, kids learn how to pedal before they learn how to talk--a bike for a kid. Not having a bike, for a young person, can result in taunts and bullying--and make a commute to school even longer and more arduous.

That is where Dutch "bike banks" come in. Think of them as a cross between a program like Recycle-A-Bicycle and a food bank.  They Royal Dutch Touring Club ANWB has created a scheme in which volunteers train people, including teenagers who have dropped out of schools, to make second-hand and discarded bikes ride-worthy.  Those bikes are then distributed to kids in need.

The biggest problem is that even in the Netherlands, where bikes outnumber humans at roughly the same ratio that guns outnumber people in the USA, there aren't enough bikes to meet the demand. One bike bank in Amsterdam has received 1200 applications for 400 bikes.

The "bike banks," some of which are found in low-income neighborhoods of cities like Amsterdam and the Hague, not only spare kids from taunting and parents from shame.  Bicycles are ingrained in Dutch life in ways that few Americans can understand. "In Holland, you need a bicycle to join in," said Inge Veliscek of ANWB.  A bicycle is necessary "to go to your football, or to your friends or the school of your choice," she explained.

As an example, a girl named Sanna picked up a sky-blue cruiser. "It's pretty," she exclaimed.  But even more important, according to her mother, it will allow her to ride to a better school in a better neighborhood. Knowing that, it's easy to imagine that having a reliable bicycle can result in a better job or living situation--or to have a job at all if paying transit fares every day is too much of a strain on the budget.

A bike "makes your world bigger," Ms. Veliscek said.  Not having one is a "hidden poverty."

Perhaps understanding that last phrase is key to creating, not only a bike culture that does more than fetishize accessories, but a transportation system in which bicycles are a key component.  Such an endeavor seems anathematic to "law and order" American politicians, but completely logical  to the Dutch, who prize order as much as anyone in the world.

Email ThisBlogThis!Share to TwitterShare to FacebookShare to Pinterest
Labels: bicycles and social mobility, bicycling as transportation, bicycling in the Netherlands, bike banks 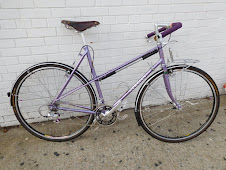 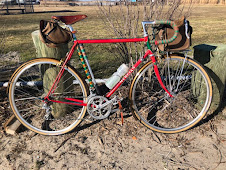