Today I rode Tosca to the airport.


No, I didn’t embark upon some exotic adventure.  I did nothing more, or less:  I rode to the airport. 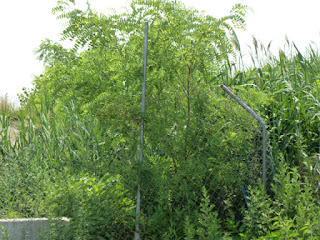 Now, you might be wondering what kind of airport this is, or whether I’ve truly gone mad.  (A few people I know would argue that I can’t “go mad” because you can’t go to someplace where you already are.)  But, I assure you, I rode to an airport.

Unless you’re a fan of dirigibles, have flown private aircraft or know more about the history of aviation than anyone should (or you’re of a certain age), you’ve probably never heard of it.  Now I’ll assure you of something else: It’s just like most other airports in that it’s not located in the place for which it’s named.  Well, not exactly, anyway, 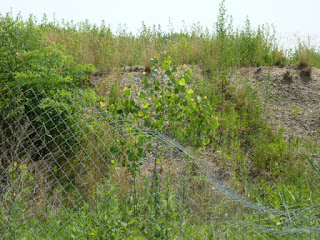 Flushing Airport is actually in a Queens neighborhood called College Point—which only briefly had an institution of post-secondary education anywhere within its environs.  The terminal opened in 1927 and, for the first decade of its existence, was the busiest airport in the New York Metropolitan Area.  Believe it or not, it actually had more competition than any area air terminal now has.

What most people don’t know is that Newark Airport opened only a year later than Flushing, and LaGuardia a decade after that.  (John F. Kennedy International Airport opened a decade after LaGuardia, under the name of Idlewild.)  And, around the same time that the first aircraft alighted from, and landed in, Flushing, Floyd Bennett Field and a few smaller air terminals opened.


Like Flushing, most of those early airports are gone.  Floyd Bennett Field became the first Naval Air Station in the United States and, later,  part of the Gateway National Recreation Area and hosts a few bike races, rallies and rides for charity.  Others, like Flushing, are all but forgotten.

After the first flights departed from, and arrived in, LaGuardia, Flushing served as a staging area for military flights.  After World War II, it served private aircraft as well as skywriters and blimps.

The airport was, unfortunately, the site of several accidents during the 1970’s, including one that killed the pilot and two passengers of a small private plane.  After those accidents, the Federal Aviation Administration determined that Flushing Airport was directly in the flight paths of LaGuardia, JFK and other airports.  (The government needed a study to learn that?)  Finally, in 1984, Flushing Airport was closed.  Even so, it still is listed on the registry of air terminals under the code FLU.


Since its closure, Flushing Airport has reverted to the marshland it was.  (A creek bisects it.)  The main access road has been blocked off.

However, the parking lot is still in use, mainly by contractors. 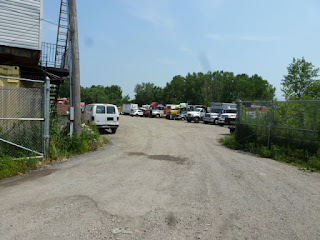 If nothing else, pedaling by the airport gave me one of the more interesting morning rides I’ve had.  In another irony, Flushing is less than two miles from LaGuardia “as the crow flies”.  Still, it takes about half an hour to drive—or pedal—from one to the other because the irregular shape of the Long Island Sound coastline renders a direct route impossible. 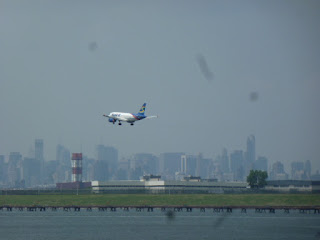 Driving and pedaling between the two airports takes about the same amount of time because motor vehicles are relegated to the expressways, while cyclists can take a route that, as it turns out, is more direct, via side streets and the World’s Fair Marina promenade.