Entering A Gate, But Not Hell

These days, on my way to work, I ride by the Gates of Hell. 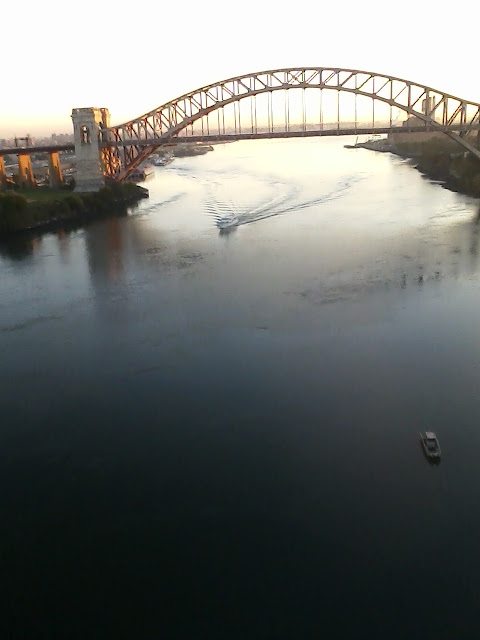 Actually, it's better known as the Hell Gate Bridge.  If you've taken the train to or from Boston from New York, you traversed this span.

The Bridge is named for the stretch of the East River that runs underneath it.  You wouldn't know it from seeing the boat in the photo, but this length of the East River (which isn't actually a river, but rather an inlet of the ocean) has strong undercurrents.  Inexperienced or careless (or, in at least a few cases, drunk) pilots wrecked their vessels as a result of them.

Strange, isn't it, that a spot with such a turbulent, tragic history can calm me down--even though it's still called Hell Gate!--on my way to my job?

I guess it's not so surprising when you see what set the Gate ablaze this morning. 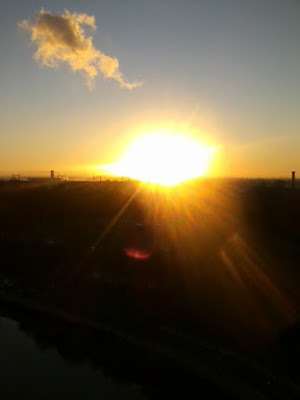 And, when I arrive at work, I pass through gates to the lot where I park my bike.  A security guard nods when I roll my bike up to the rack.  He is not a keeper of the Gates of Hell.