One Out Of Ten Europeans Can't Be Wrong! Right?

One of the most common problems with old English three-speed bikes is that the hubs (and, in some cases, bottom brackets) have not been oiled in a long time.  I am guessing that British working-class people and farmers, who used such bikes regularly, if not daily, knew enough to drip some oil into their Sturmey-Archer SW hubs every month or so, depending on weather and other conditions.  Was that knowledge that was passed on from parents to children, or taught to them in school?

Most Americans have never had such knowledge.  (I know I didn't, until I encountered it in Tom Cuthbertson's Anybody's Bike Book.)  So, on this side of the Atlantic, Raleighs and Dunelts and Robin Hoods and whatever-other-brand three-speeds were ridden with Sturmey Archer hubs that had less oil in them than Japan or Western Europe.

For that matter, the chains on those bikes--and others ridden, or at least owned, by the vast majority of Americans were just as dry.  One day, while parking my bike, I recognized the bike of a co-worker and saw that its chain was almost as orange as my safety vest.  The following day, I brought a little bottle of Tri-Flo with me and, finding the bike parked just a couple of spots away from where I saw it the day before, dripped some lube into the chain.

As it happened, that night we left at the same time.  On such nights we rode together, as her place was along the way to mine.  About ten minutes into the ride, she said, "My bike feels different tonight."  I could barely suppress my grin. "Why does it feel so much easier to pedal?"

From that night onward, she lubed her chain. And kept her tires inflated.  It may not sound like much, but it's more maintenance than most other people do--or want to do.

For that matter, in oiling her chain and pumping her tires, she's doing more than the average IKEA customer would ever do.  Someone at the home furnishings store chain figured that out.  Actually, that person (or group of people) came to realize that the fact that chains have to be lubed is exactly what prevents some IKEA customers from even buying a bike in the first place:  They're afraid that oil or grease will stain their nice new furniture, or simply clash with the décor.

So, the company--on whose beds one out of every ten living Europeans was conceived--has just announced that it is going to start selling the Sladda--a unisex bicycle "designed to fit an urban lifestyle"--in Europe this August. 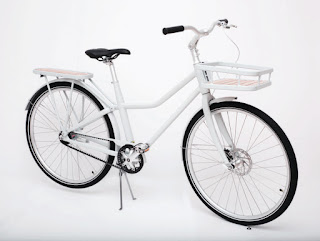 The Sladda will come equipped with a sealed internally-geared rear hub and a cogged drive belt that, according to company literature, is good for about 15,000 kilometers (9,320 miles). 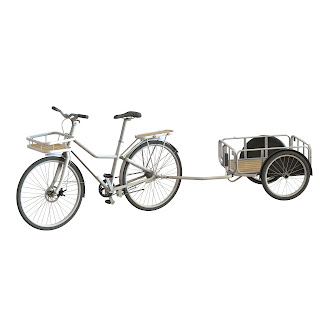 Now, of course, a bike with such a system is not new:  Trek introduced one nearly a decade ago, and other bike-makers preceded and followed them.  But the Trek District and Soho are available only in bicycle shops, as are (or were) most of the other belt-driven bikes.  Some clever marketing person in IKEA's employ recognized that the sort of person who's put off by chains or hubs that require oil will probably never set foot in a bicycle shop. That realization, more than the design or even the seeming novelty of the bike itself, is probably what is motivating IKEA to offer the Sladda. 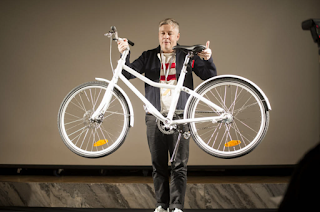 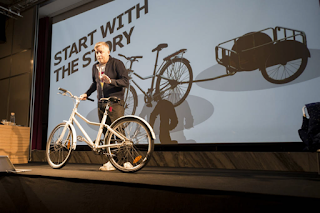 The bike-- designed by Oskar Juhlin, Jan Puranen and Kristian Eke of the design consultancy Veryday--will also have what the designers describe as a "click system" for attaching accessories, including  a basket, a rack and a cart.  Juhlin hints that third parties might create others:  "Sladda is like tablet apps:  you can add endless accessories to enhance ease of use." 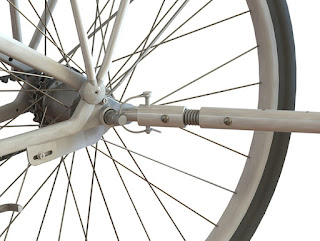 That statement, I believe, says as much as anything else about the intended market for the bike. 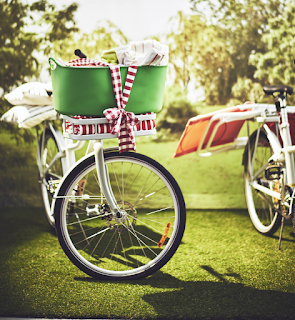