I'll admit:  I wasn't always the best kid in the world.  I certainly wasn't the most obedient.  (Confession:  I still take some pride in that!)  Then again, as a rabbi pointed out to me, "The Fifth Commandment says, 'Honor thy mother and father.'  It doesn't say 'obey'."

Of course, that rabbi wasn't saying that I, or anyone else, should be a defiant child.  But he emphasized honor.  And, well, I can say I've tried to do that.  Really, I have.

The thing is, my mother knows that.  She knows now that even when I've done things she wished I hadn't, I wasn't trying to hurt or dishonor, let alone disrespect, her.  She knows there are some things I could only but do.  And she has supported me in what I needed to do. 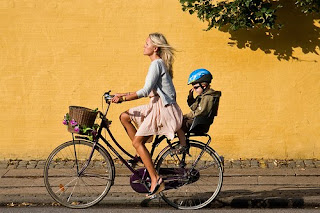 Does she realize that I see cycling as one of those things I need to do?  Possibly:  She has encouraged me to do it, whether or not I needed encouraging. (She has never been a cyclist herself.) And, in the other things in which I needed encouragement--especially the biggest change I ever made--she has stood with me when others wouldn't. 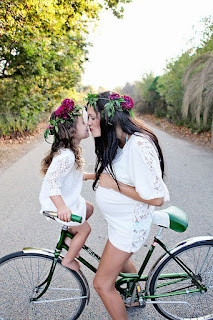 My mother doesn't do computers, and probably never will.  However, my father might be reading this.  If he is, he will probably show it to her.  So, Mom:  Happy Mother's Day. And thank you.