Like the mails and e-mails I get from the alumni associations and foundations of the schools I attended.  I've moved to different states and countries, changed my name and even had mail delivery stopped during a time when I was feeling depressed and hermetic.  About the only thing those schools didn't seem to know is my financial situation:  They hit me up for money, whether or not I have it!

Then there are those mails and e-mails you get from retailers.  You might have bought an inner tube or a beanie ten years ago, but they send you announcements of the sales they always seem to be running.  Some of them spend more trying to sell more to you than you spent in their establishments in the first place!

One such e-mail I received today is trying to get me to buy "discounted" bike jerseys that were way overpriced to begin with.  I had to chuckle at one of those offers, though:  for a Castelli jersey called "Sunday Best".

Growing up in blue-collar Italian-American Brooklyn and New Jersey, I never heard the term.  It still sounds vaguely WASP-y to me.  So, perhaps, it's no surprise that the jersey looks like this: 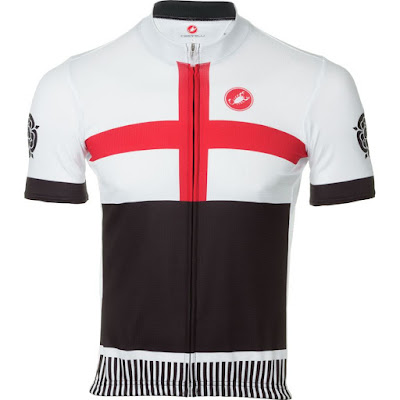 If that jersey has anything to do with Sunday, the design makes me think of the Episcopal Church--which, according to Robin Williams (who grew up in it), offers all of the ceremony of the Roman Catholic Church (in which I grew up) with half of the guilt.

When I attended Catholic school, we wore our school uniforms to church.  After my family moved to New Jersey, dress codes relaxed and most of us didn't have a "best" outfit for church:  We just cleaned ourselves up and made ourselves more or less presentable.  For most of my adult life, I haven't attended church and when I go to any sort of social function, it's usually with people who don't care about what I look like.  If I wear a skirt or a tailored pair of pants, most people I know would say I'm "dressed up", though my attire might not be most people's idea of "Sunday Best."

Ironically, through all of those years I was racing or just riding with racers (or "wannabes"), my "Sunday Best" included bike kit.  Most of us took long or "fun" rides on the Lord's Day.  Or we might join organized rides, such as the one a bunch of us used to take from Brooklyn to New Hope, PA and back.  On such rides, I used to wear my "best" (or, at least, favorite) jersey or outfit.

These days, I don't wear cycle-specific clothing, except for gloves.  So my "Sunday Best" is whatever I happen to be wearing when I'm riding on the second day of the weekend. 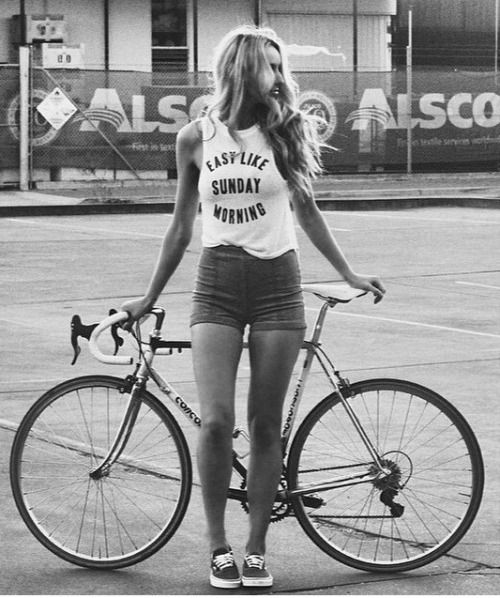