From the time I became a serious cyclist, I always heard other cyclists--and bike shop employees--say, "Saddles are a personal thing."  Then they would insist that whatever saddles they rode would be right for you.

A saddle indeed the most personal choice most cyclists make.  A rider's anatomical quirks as well as riding style (which can be just as quirky) are among the factors that go into choosing what one will sit on while riding.  For the lucky cyclist, the first saddle he or she tries will be the right one.  For the less fortunate, choosing a saddle will be a process of trial and error. 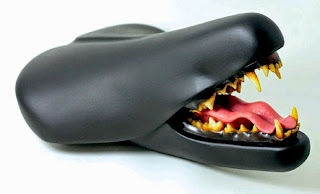 Given what I've mentioned, perhaps it's not surprising that cyclists are more passionate--and, sometimes, defensive--about their chosen saddle than about any other component they pick.  And riders are more vehement in expressing dislike about seats they don't like than about, say, shifters that don't work out for them.

Very few cyclists, though, have expressed their hatred of a saddle quite like this:

Well, I can tell you exactly how many miles I've put on this saddle:  1203 over 14 days.  I know this because having had several leather Brooks saddles previously and loving every one of them, I didn't give a second thought to throwing it on right before a tour.  I'm an idiot and I know better.  Well, 14 days was long enough to develop a truly vitriolic hatred for this saddle.  I loathe this saddle.  I have never loathed a saddle as much as this one.  And I've used some truly horrific saddles in my day.  None compare.

I would pay you to take this thing off my hands.

Anyhow, the Cambium C15 is the Swallow-style (ie, same dimensions) version of the non-leather Cambium series and while it was billed as black, it's more of a brown.  Perhaps it faded as a result of all of the scorn I've heaped upon it, perhaps it was the sun or maybe it was always that way.  This was part of the initial C15 run, not the more recent version.  It's otherwise in good shape.  Everything is rebuildable in any event.

It should go without saying, but it won't, no returns on this one.

See my other auctions, I'm selling a few others.


The above is an eBay listing.  I found it very funny that the lister, in trying to sell a saddle, says, "I would pay you to take this thing off my hands".

What's even funnier is that, as I write this, the saddle has fourteen bids and a price of $61.65, with thee days and four hours remaining in the auction. 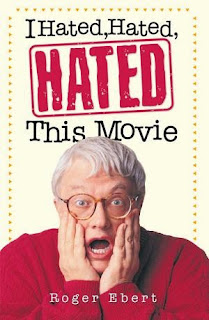 Hmm...Maybe the seller is operating on the Second Avenue Deli principle.  You know:  People love the chicken soup and other delicacies at SAD, but they'd be disappointed if the waiters weren't rude and sarcastic.  In fact, some people go there precisely because the servers are so inhospitable.

So, perhaps, the next time I sell something on eBay, I should say how much I hated it and that I wouldn't wish it on an enemy.  Very interesting.