When I first started this blog, there were mornings when my commute involved riding into the sunrise.  I used to enjoy that--certainly more so than the job I had at the time!  Every once in a while, when I get up early enough (which means, ahem, getting to bed early enough), I will actually voyage into the dawn just for fun. 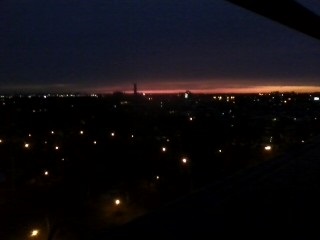 Today, though, began with me pedaling away from the sunrise 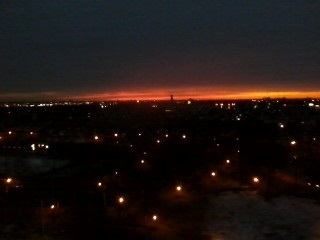 and into the darkness.

James Wright used the word "darkness" so much, especially in his early poems, that if he'd copyrighted it he'd've died an extremely wealthy man.  At least there were different kinds of darkness in his work.  I wonder what he would have made of the kind I saw today at Hell Gate as I rode over the RFK Memorial Bridge.
at February 01, 2018