"Where Are You Riding Today?"


Sometimes, when I’m about to mount my bike, someone—almost invariably, someone who doesn’t ride—will spot me and ask, “Where are you going to ride?”

Sometimes I have a specific destination in mind.  But, as often as not, I have no particular itinerary, let a landmark toward which my trek will be directed—when I lift my leg over my saddle.

Sometimes I lie:  “I’m going to the park.”  Or the beach.  Or some other seemingly-plausible terminal or turnaround for an hour or two or more on my bike. But, other times, I tell state the undeniable fact: “Oh, I don’t know.  I’m just going to ride for a bit.”

Perhaps paradoxically, I am most likely to take a “pointless” ride when I have a set amount of time—say, an hour or two—to ride.  At such times, I simply want to use my legs as something more than props for keeping me upright on a chair or standing in front of a classroom.  Or I simply want to experience sun, wind, clouds, heat or cold, or the sounds of leaves opening themselves or tires hissing on pavement without the filter of a window or the barrier of walls. 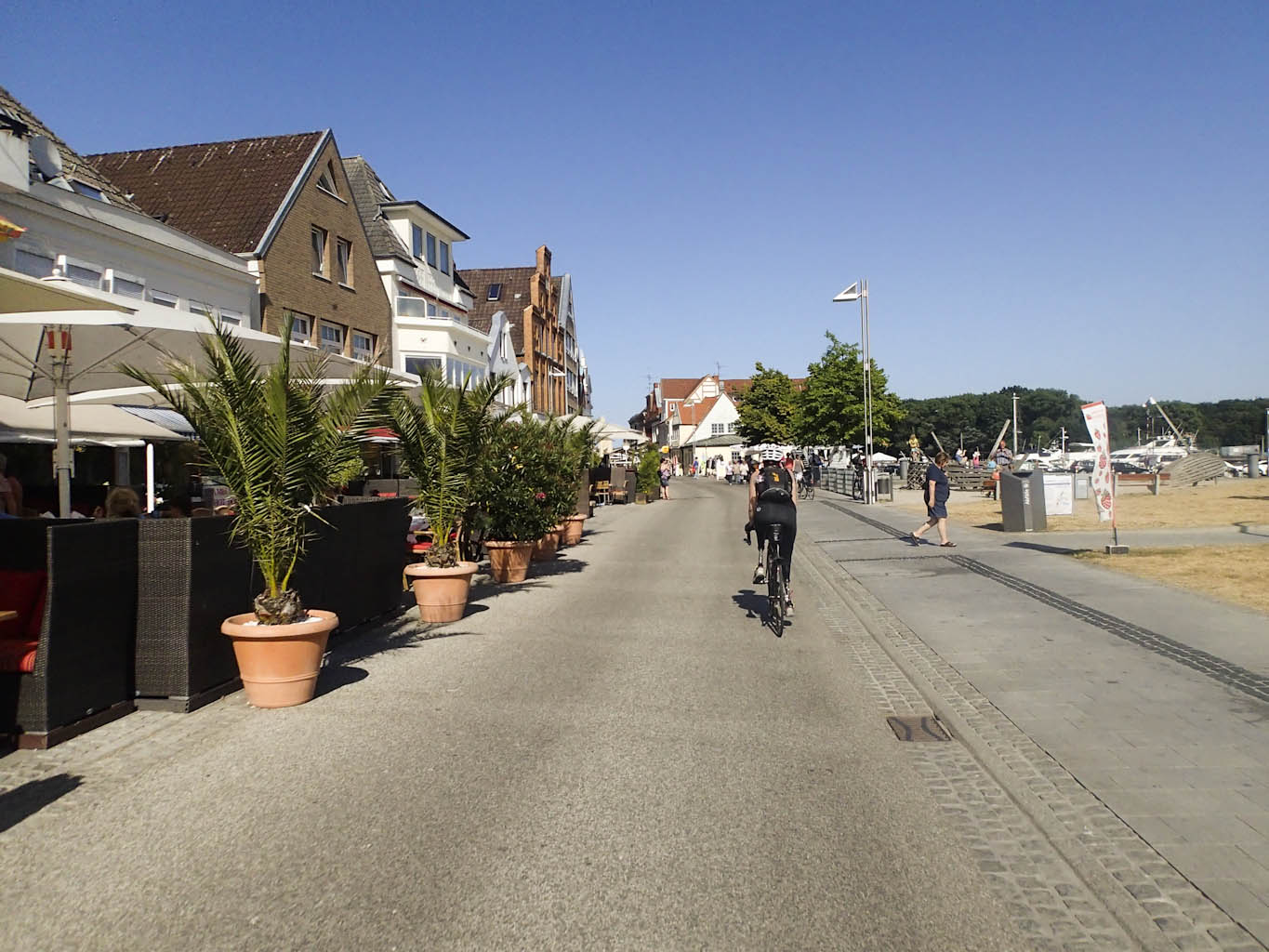 Sometimes I have a vague idea of where I’m going to ride—say, a general direction.  But my ride is just as likely to be directed by things that have absolutely nothing to do with my conscious mind.


Sometimes my itinerary has to do with the day’s weather or season.  It could also be determined by the day of the week or the time of year:  I might decide to ride, or not, toward the ocean because a lot of other people might decide, or not, that it’s the perfect day to drive that way.  Or I might ride in a loop that will take me into lightly-trafficked or well-lit areas because there isn’t much daylight left.  I have lights for my bikes, but I still prefer to ride in daylight whenever possible—unless the night is lit by a bright moon or is simply more pleasant than the sweltering summer day.


But there are times when my ride is determined by things even less concrete or more intuitive, depending on your point of view, than anything I’ve mentioned so far.  Sometimes it seems as if my bike, or the ride itself, is determining my route.  It’s hard to explain to people who don’t ride, unless they’re writers or artists or other creative people.  Then, I can draw on my own experience of writing: My poem or essay or whatever I’m writing might start off as a work that’s ostensibly about some subject or topic or another.  But, as I immerse myself in writing, the piece I’m writing takes on a life of its own and develops, if you will, its own will, its own wants and needs. An image or even the sound of a word—or the rhythm or syntax of a line or sentence—can take my work in a direction I hadn’t envisioned, let alone imagined.


Sometimes I write, or ride, simply because it’s what I want to do, and nothing else will do.  The destination and scenery don’t matter, only the journey does.

Email ThisBlogThis!Share to TwitterShare to FacebookShare to Pinterest
Labels: deciding on a route, explaining cycling to non-cyclsts, going out for a ride, riding for its own sake