Do You Ride To Fish Or Fish For Riders?


In the space of a week, the calendar has changed from late May to early June.  On the other hand, the weather seems to have changed from mid-August to early April.  Last week it was hot and humid.  This week,  it’s been chilly, windy and wet:  In fact, we had the sort of flooding rains one normally associates with the beginning of Spring in many parts of this country. 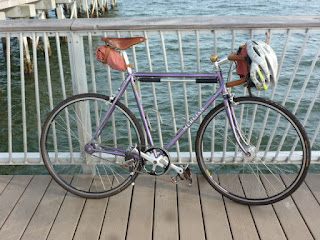 Today, though, was sunny and dry—and windy and cool.  It was all fine with me as I took an afternoon ride down to the Canarsie Pier and along the coast to Coney Island, under the Verrazano-Narrows Bridge and up “Hipster Hook” back to my place. 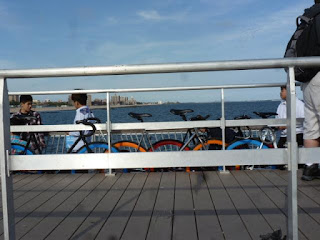 I saw a pretty fair number of cyclists, especially for a weekday.  I guess they all felt as I did about the weather.  Even more interestingly, I saw a lot of fishermen.  It seemed that everywhere along the shore—in Canarsie and Marine Park, on the Coney Island Pier and the Verrazano Narrows promenade—poles were propped against railings and lines cast into the water. 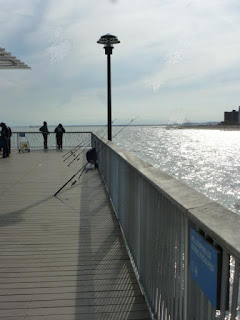 I have seen similar days on which no one was fishing, and other more inclement days when, it seemed, every male over the age of ten who didn’t have to be somewhere else (and a few who did, I’m sure) was casting, trolling or reeling. 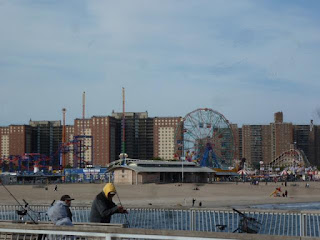 Now, I’ve fished only a few times in my life.  Every time, I’ve gone with others—relatives, usually—who were far more dedicated to it than I have ever been.  They decided when and where we fished.  I’m guessing it had to do with their work schedules and other things in their lives.  But now I also wonder whether they knew about some condition or another that made for good fishing.  Were they watching the weather or current patterns?  Or did they know, somehow, that bluefish or whatever kind of fish were out and about? 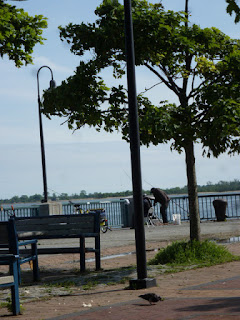 You may have noticed that I used male pronouns to talk about those who fish.  Fact is, nearly everyone I’ve seen with a rod and reel—and every one of the relatives I mentioned-- has been a man or boy.  I think I’ve seen two or three women fishing during my entire life, and no girl who wasn’t old enough to vote.

And all of my (admittedly limited) angling experience came when I was still living as male.  Now, I don’t think it had anything to do with my maleness or femaleness.  Rather, I think it was a matter of circumstance:  When I was younger, my uncles used to fish—sometimes on-shore, other times on party boats.  They invited me and my brothers, and I went along.

None of my uncles were cyclists.  Two of my brothers ride occasionally—and they fish, usually with male friends and in-laws.