While His Fixie Gently Weeps


Sometimes I think that if Salvador Dali had composed music, it would’ve sounded something like the tune to  “While My Guitar Gently Weeps”.

Now, if he’d designed bicycles it would have been interesting, to say the least. While going to the store, I think I saw an example of what might’ve resulted: 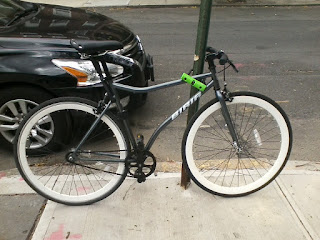 For one thing, I was intrigued that this bike came from Biria, a company that’s been known—at least in the US—mainly for city bikes with upright bars.  Perhaps if Biria’s focus is indeed urban bikes, this model makes sense.  After all, I don’t think very many people in small towns in Wyoming or West Virginia are going to ride a bike like that. 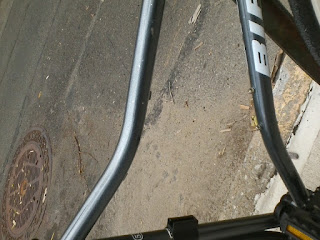 Another thing that caught my attention is how close the rear tire comes to the seat tube: 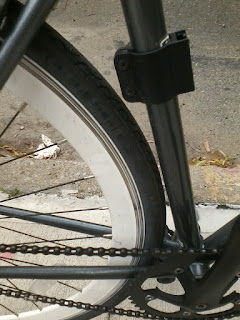 And that’s with the wheel all the way back in the dropout: 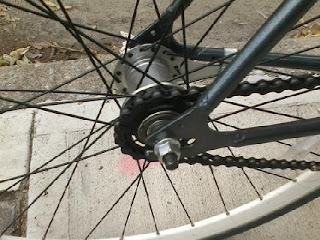 What’s even more interesting is that other attempts to shorten the wheelbase (or, at any rate, the rear part of it) have included curving the seat tube, as on this KHS bike from the mid-90’s: 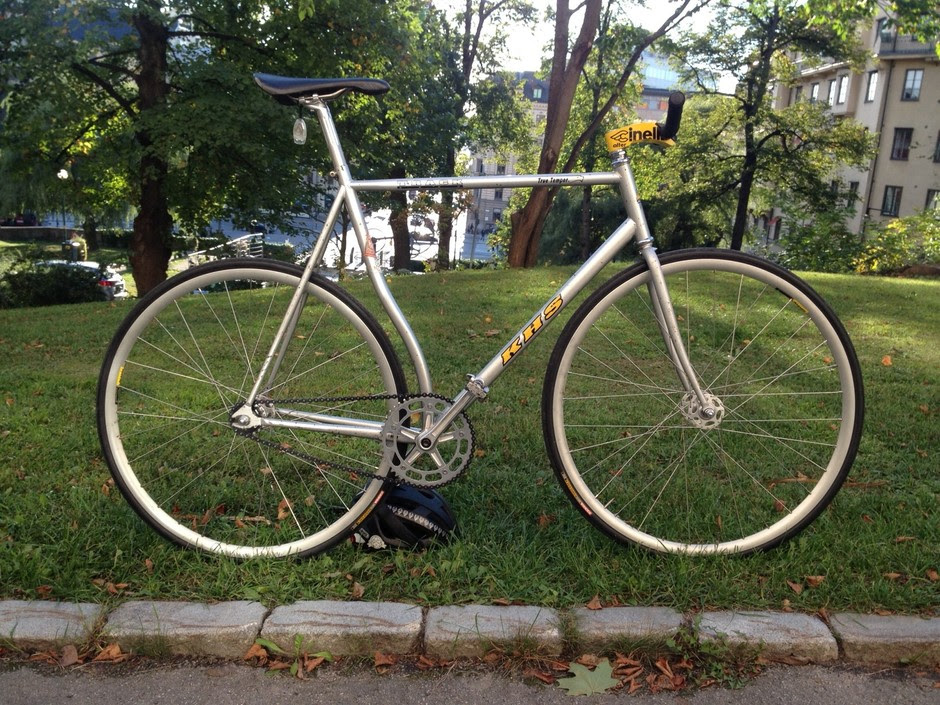 And Schwinn, in the mid-70s, offered a bike called the Sprint with a similar seat tube.  Like many other Schwinns of that era, it was an extremely strange bike:  Save for the curved seat tube and the short (at least relatively) wheelbase, it was no different from the Continental.  At least the KHS was based on something that bore some semblance to a track bike.

Then there was the Rigi, made in Italy during the early 1980’s.  I never owned, but I had a couple of opportunities to ride, one.  It certainly lived up to its name:  I can recall few, if any, other bikes that were more rigid and transferred power to the rear wheel as much as that bike did. I would be really curious to find out what effect, if any, the curved top and down tubes have on the ride of the Biria I saw today.  Whatever its ride, I don’t think its rider has to worry about stopping power:  It has a coaster brake on the rear wheel and a caliper brake for each wheel!