The Best Place In The World For Ducks

I didn't see any other cyclists.  But I wasn't the only one who went to Point Lookout today. 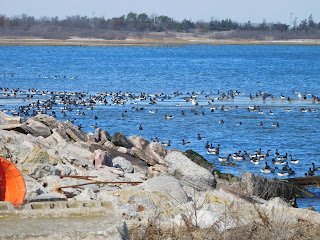 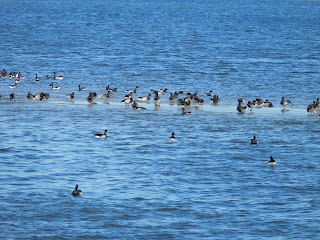 I mean, who wouldn't have wanted to be outside on a day like today?  Skies were clear and the temperature reached 15C (60F). 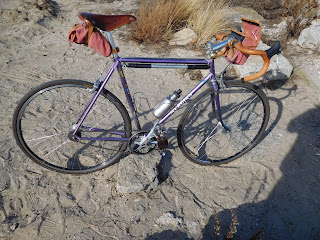 Tosca, my Mercian fixed gear, was also happy to be out for the ride, even if she got spattered with mud and wet sand.  Most of the snow from last week's storm was gone, but the sand and road salt weren't.  At least, with only one gear, she's easy to clean--though I think I might ride one of my bikes with fenders tomorrow.  Still, it was great to spin that gear again! 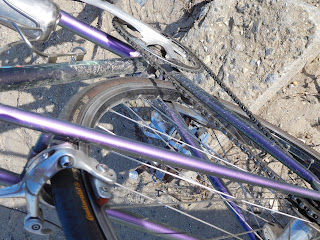 I was stretching my legs, and they were spreading their wings.  A woman with two small boys watched them.  "I've never seen so many ducks here," she marvelled. 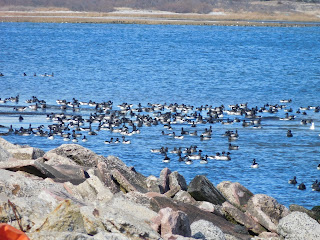 Then the older kid--about four or five years old, with eyes as bright as the sky--chimed in.  "They're here because it's the best place in the world for ducks.  Isn't that right, Mommy?"

She said nothing.  He turned to me. 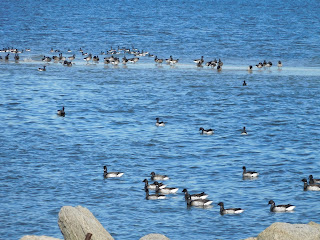 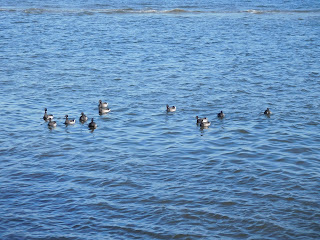 "Lady, don't you think they're here because it's the best place in the world for ducks?"

"Why else would they be here?"

"So this really is the best place in the world for ducks." 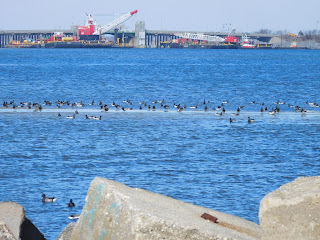 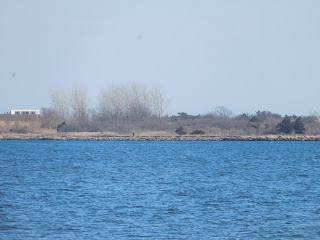 I nodded.  "Do you know what makes this the best place in the world for ducks?"

He shook his head.  His mother gazed at me.

"Here there are a lot of things they like to eat."

He gazed at me, fascinated.  She looked puzzled.

"Well...Don't you like to go where there are good things to eat?"

"Clams, oysters, you know, the creatures with shells on them. The ducks love those.  And seaweed, too."

Now, for all I know, I may have given him nothing but misinformation.  But I figure he's no worse-informed than anyone is after one of our current President's press conferences.