What do you do when you’re not riding?

Well, I guess that depends on your reason for not riding.  If you’re in bed with illness or injury, you don’t do much of anything except (if you’re like me) read and write.  But if you’re icebound, you can do those things and make soups, bake, be cuddled by pets and partners and watch Fargo for the umpteenth time.

And, oh yeah, you can work on your bike(s). I’ve been doing a fair amount of that.  If you ride regularly, you need to clean and perhaps overhaul or fix various parts of your mounts.  You might also decide to upgrade or otherwise change something or another to meet your changing needs as a rider, or simply to try something new.

I’ve managed to work on all of my bikes as snow has turned to ice on streets I normally ride.  I cleaned the drivetrains—and changed the chains—on all of my Mercians.  Because of the accident I had in August, I did the most work on Vera, the green Miss Mercian I bought second-hand three and a half years ago. 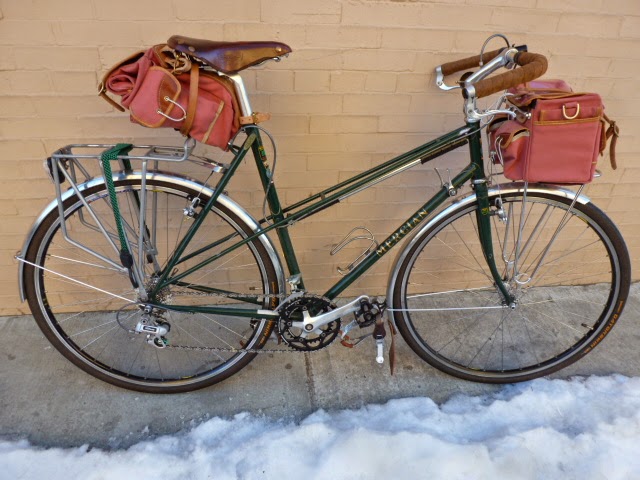 Neither the frame nor most of the major components were damaged.  I expected the handlebars to be bent, but they weren’t.  (Now you know that Velo Orange makes strong bars!)  But the chainring and chainguard were:  I couldn’t get the wobble out of the ‘ring and the guard crumpled. Also, the front fender bent and, as it turned out, developed cracks around the fork crown mount.  I figured it would be a good idea to replace it for safety’s sake.  Translation:  It was an excuse to try something new!  And, it just happened that Velo Orange recently introduced a new fender style, the Facette. 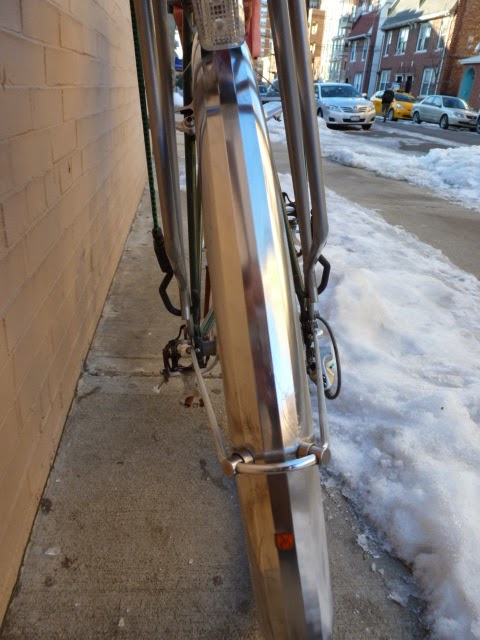 Actually, it’s new for VO:  It’s a reproduction of an old French (what else?) style.  I thought it might work nicely with the lines of Vera’s twin top stays: 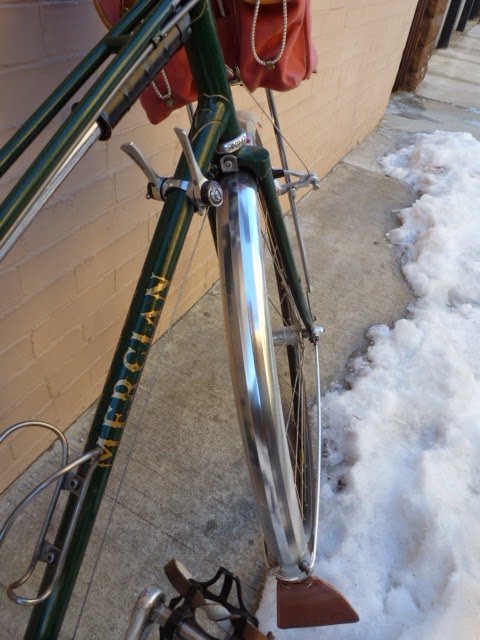 Those lines and the shape give the fenders—and the bike—a sort of Art Deco look, I think. 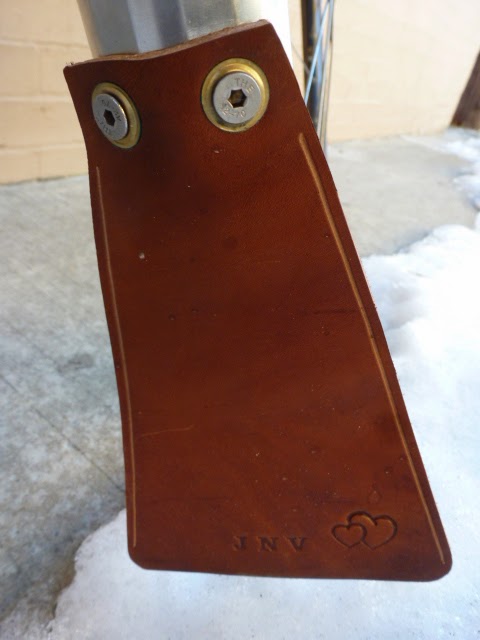 Ely Rodriguez made the fender flap when he made the front bag and all of those other wonderful RuthWorks SF bags he's made for me. 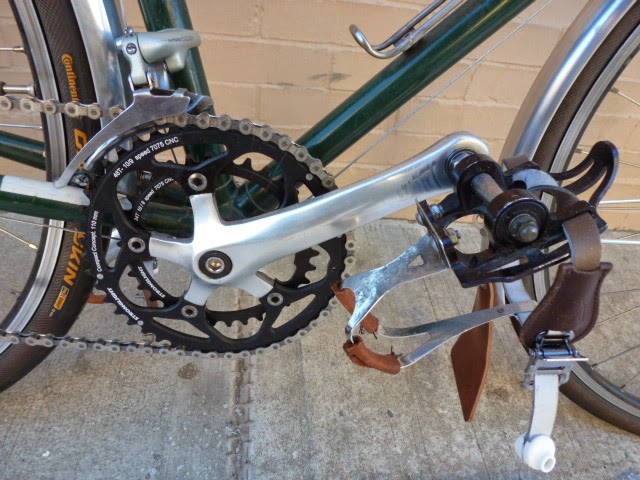 And, oh, by the way, I replaced the single chainring I bent with two.  The Sugino XD crank was sold as a single but has a provision for a second chainring.  Since the crank has a 110 BCD pattern, a wide variety of chainrings is available.  The ones I chose are made by Stronglight in France; the larger one has 46 teeth and the smaller one 34.


Installing two chainrings meant installing a front derailleur—a Shimano 105 from the 8-speed gruppo—and a lever to operate it.

I haven’t ridden the bike on the streets yet.  On the repair stand, the new chainrings and derailleur were playing nice with the new chain and cassette.  I feel confident they will work out. I’ll miss the green-and-gold chainring and gold chainguard, but I think I like the look of the new parts—and the bike overall.  And we all know that’s what’s really important! ;-) 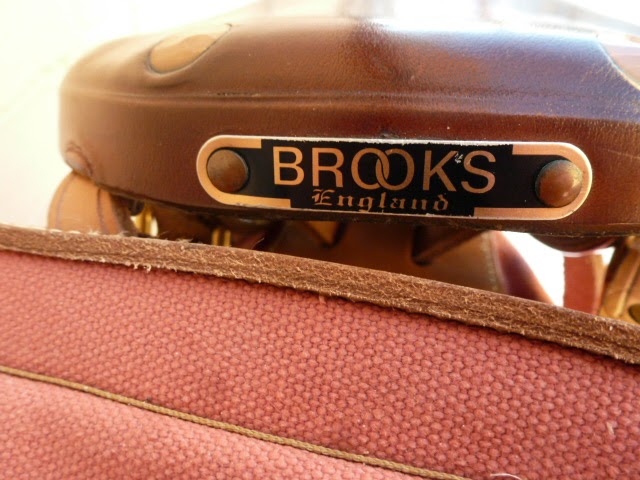