Celebrating Myself And The Soul Clapping Its Hands And SInging

I celebrate myself, and sing myself,
And what I assume you shall assume,
For every atom belonging to me as good belongs to you.

I loafe and invite my soul,
I lean and loafe at my ease observing a spear of summer grass.

My tongue, every atom of my blood, form’d from this soil, this air,
Born here of parents born here from parents the same, and their parents the same,
I, now thirty-seven years old in perfect health begin,
Hoping to cease not till death.

I am, ahem, a bit older than thirty-seven.  And this blog is a good bit younger than that.

So you can be forgiven for wondering why I'm starting this post with the first part of Walt Whitman's Song of Myself.

Well, you know, writers and English instructors are supposed to use pithy quotes from their favorite writers.  But seriously...I feel that Whitman's verses encapsulate much of the spirit of this blog--and this day.

You see, this blog turns four years old today.  So, it's lasted as long as a US Presidential term (and a gubernatorial term in most states).  It's also lasted as long as the average American stays on any particular job. (My friend Lakythia, with whom I rode yesterday, works in workforce development and mentioned that particular fact.)  And, ahem (What does it tell you when you see two "ahem"s in one post), it's as long as I was married.  When I look back, I'm amazed it lasted that long.


But back to Whitman and this blog:  I guess one might say that this blog is a celebration of myself.  Perhaps a blog about one's personal experiences, feelings and such is, by definition, just that.  Some might say it's self-indulgent.  Perhaps it is.   But even the most self-effacing person, let alone an entire culture, does not survive without celebrating him/her/itself, even if in small ways.


We also survive, at least in part, by loafing and inviting our souls.  Scientists have emphasized the importance of daydreaming, imagining as well as various other kinds of playing and "down" time in everything from the development of a child to the creative processes of everyone from poets to physicists, artists to entrepreneurs.  Perhaps my accomplishments are small compared to those of others and the footprint I've made--and will leave behind--will be minimal.  But it's hard for me to imagine my accomplishments and triumphs, such as they are, without cycling.

Sooner or later I'm going to update the masthead photos: People tell me I look a bit different now and, of course, the bikes do, too, with the bags Ely of Ruth Works made for me.  Since it's loafing, if you will, I'm not going to rush any of it.  I tried soliciting donations and advertising, to no avail. Really, I am not disappointed with that:  This is a labor of love.  And cycling has made so many other things possible in my life that I simply can't begrudge whatever I didn't make from this blog.

Anyway..,It makes a certain amount of sense to do what I'm going to do next:  close with a quote from William Butler Yeats. For one thing, I often find myself looking at Yeats after I look at Whitman.  But, for another,in his Sailing To Byzantium, he gave the best advice one can get after loafing and inviting his or her soul.  It's a pretty fair summation of what I feel when I'm cycling:  Soul clap its hands and sing, and louder sing/ For every tatter in its mortal dress. 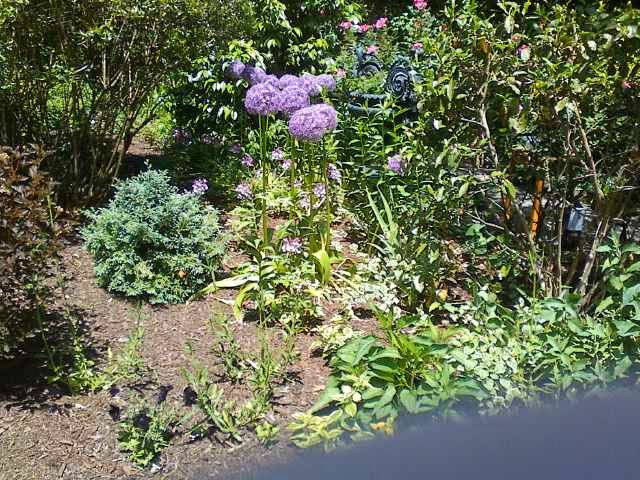 Email ThisBlogThis!Share to TwitterShare to FacebookShare to Pinterest
Labels: four-year anniversary, Sailing To Byzantium, Song of Myself, two-bit philosophy, Walt Whitman, why I blog, why I ride my bicycle, William Butler Yeats