In an earlier post, I talked about the futility (for me, anyway) of saying “Never again!”

I built up a Trek hybrid frame from about 1990 and used it as an errand/”beater” bike for a few weeks before deciding it was just a little too big for me and giving it away.  I said I wasn’t going to do anything like that again.

Did some famous person say all resolutions are temporary?  Or is that just some rationale I’ve devised for breaking vows I make?
Or, perhaps, I’m just in the habit of making promises to myself that I simply can’t keep.  You know, like the one that I was going to live as a cisgender heterosexual male.  Oh, well.

Anyway…You’ve probably guessed where this is going.  Another bike found its way to me.  Yes, really, it did…just like that kitten I brought home as a kid followed me home.

Actually, I found it at a yard sale in Brooklyn—not far from the neighborhood in which I grew up.  And the owner made me an offer I couldn’t refuse.  Well, I could have, but I don’t have that much resolve.  What can I say?

So for a princely sum of ten bucks I found myself in possession of a Schwinn LeTour manufactured in October 1975. 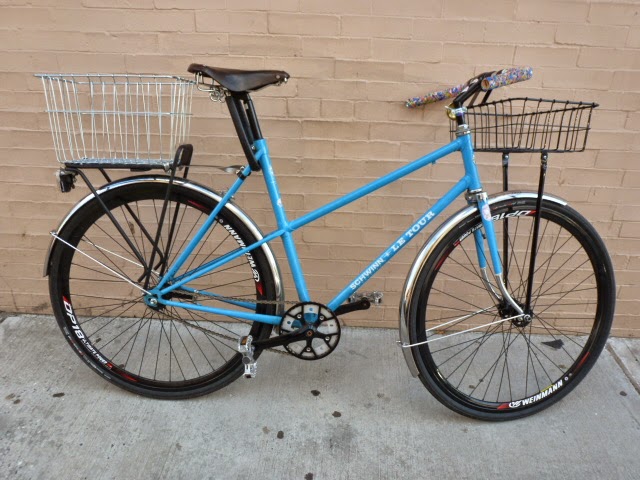 The frame itself had barely a scratch and seemed to be in perfect alignment. However, the rims and spokes were rusty, perhaps from sitting in a garage or basement.  Those parts, and the others—except for the tires and seat—were original equipment.

I took everything off the bike, as I would have done to overhaul it.  Then I unlaced the wheels, tossed the rims and spokes and gave the tires, seat and handlebars to Recycle-A-Bicycle.

As the bike probably hadn’t been ridden much, the other parts were in very good condition.  So I decided to list them on eBay, figuring that they’d be good for “period” restorations. 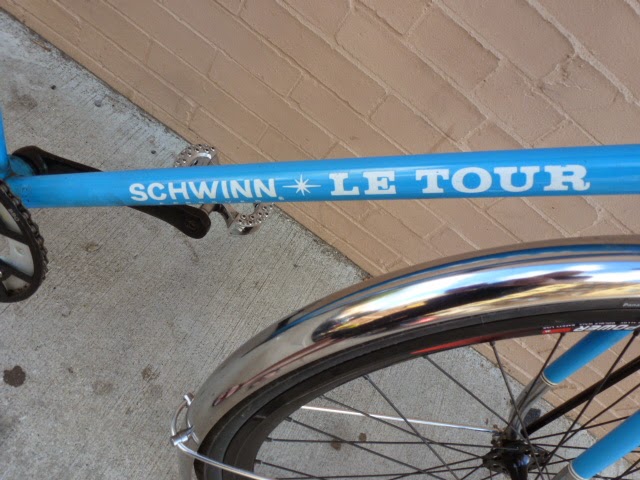 In my listings, I made sure to mention that the parts were original equipment on a ’75 LeTour.   A guy in Tennessee bought the derailleurs, shift levers, cranks and bottom bracket; other buyers bought single parts.  The brake levers—complete with the “suicide” extensions—went to a fellow in Switzerland! 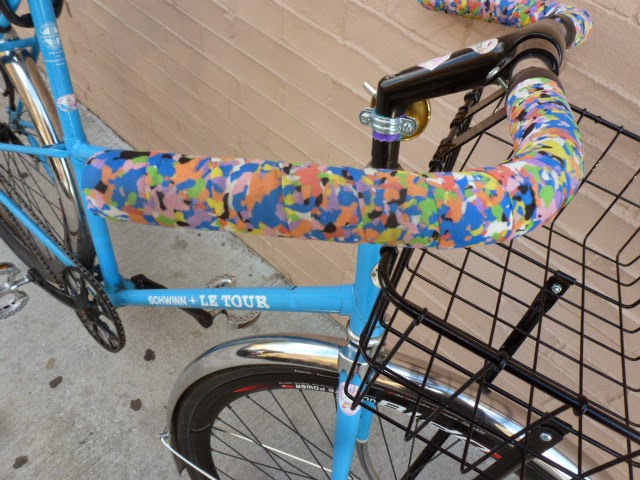 While I didn’t make a fortune from those parts, they netted me enough money to buy a pair of wheels.  I know, they’re kind of strange:  the kind of “Deep V” rims you might find on a “hipster fixie”, with a coaster brake on the rear.  But I figure the rims will take a beating and the coaster brake won’t require a lot of maintenance.  Plus, the bike is going to be used for errands and such, and locked in all manner of places, so I wasn’t looking to assemble a technological marvel. 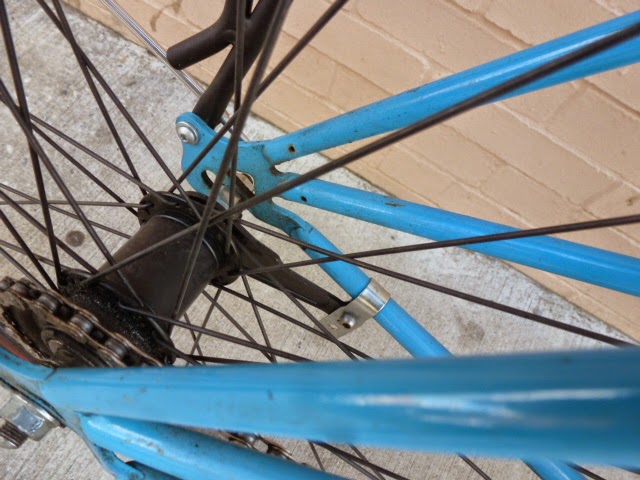 Those wheels were all I’d need to buy. (After assembling the bike, I bought the Wald baskets.)  The other parts came off other bikes or were acquired for projects I never pursued.  And I got the fenders in a swap.  Someone had drilled them for a custom fitting but decided he didn’t want steel fenders.  The way I fitted them to the LeTour is inelegant, but somehow right.  Anyway, it works. 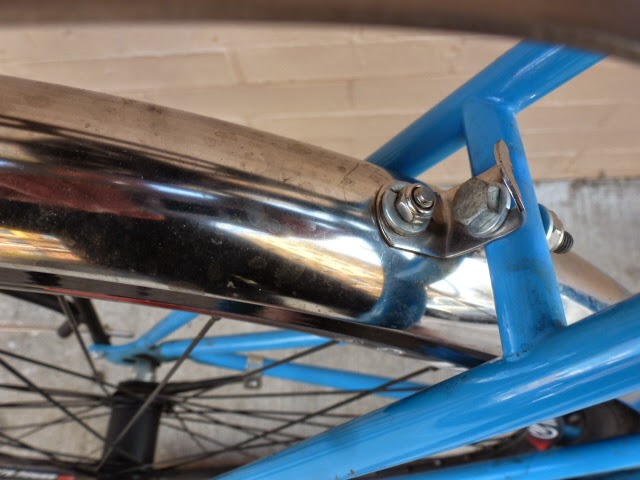