A Bike I'll Own For Two Weeks

I wasn't going to mention this.  But if you've been following this blogs, you're probably curious about the bikes that come my way. 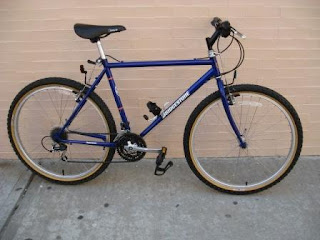 It's a Bridgestone MB-6 from, what I can tell, 1994.  That would make it one of the last Bridgestones to be imported to this country.  In the mid-1990's, the dollar lost a lot of value against the yen, which caused Bridgestone, along with Japanese bike makers,to cease their operations in the US. 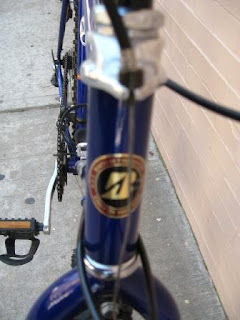 I debated whether to keep it or sell it.  If I were to do the latter, I could almost certainly make a decent profit, given how little I paid for the bike and the fact that some cyclists and collectors seek out Bridgestones.  Plus, the bike is in excellent condition.  I don't think it was ridden much.  Or, it may have been ridden a lot for a season or two, then stored.    From what I can see, all of the equipment is original.  And there are a couple of large scratches, but the paint is in excellent condition overall.  It's a dark metallic blue with a slight tinge of purple--something like the color of the Velo Orange mixte frame. 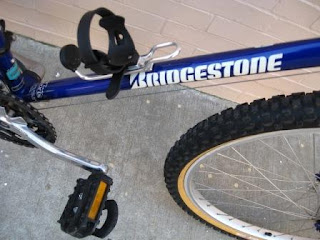 After some careful consideration--keep or sell--I decided to do...neither.  No, I'm not being indecisive again.  Rather, I decided to take a third course of action.
Some of you may have already figured out what I'm doing:  I'm donating the bike. In a previous post,  I mentioned a program in Westchester County that helps immigrants.  They actually have a bicycle workshop where they repair and refurbish donated bicycles that are given to the immigrants, mainly young men, who use them for transportation. 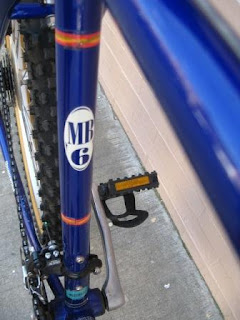 Actually, as I understand, the bikes are used as rewards for completing other tasks and taking English classes.  That made the idea of donating this Bridgestone even more appealing:  Whoever ends up with it will be getting a really good bike, but will have merited it in some way. So, I hope, that person will appreciate it.
I mean, I feel better about donating something I might have used myself.  Better yet, it's a bike I might have--say, when I first started riding off-road--bought with money I earned.  So I don't feel like I'm merely "getting rid" of the bike.
On Tuesday, I'm going to bring it to work, where my co-worker who volunteers with the program will pick it up and give me a receipt.
at May 04, 2011

Email ThisBlogThis!Share to TwitterShare to FacebookShare to Pinterest
Labels: Bridgestone, donating a bike