I am going to write a valentine to someone. It's OK if his wife sees it.

But I warn him, her and you:  It won't be the last one I'll write for him.

Actually, I love the person of whom I'm writing in the same way I love people who create my favorite works of art and literature, food and, of course, bicycles.

I will begin this "Valentine" with a photo I've posted previously: 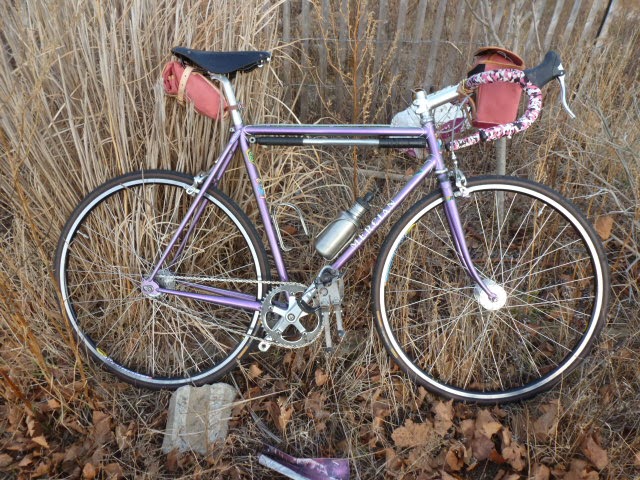 As one commenter noted, in this bike, Tosca (my Mercian "fixie") is sporting two bags she hadn't before.  The person of whom I am writing in this post made them.

Some of you may be familiar with the work of Ely Ruth Rodriguez of San Francisco.  I have never met him in person but I have spoken to him on the phone and, of course, corresponded with him by e-mail. He is a friendly and engaging person who exudes the enthusiasm of someone who loves what he's doing.

That passion comes through in the bags he creates. 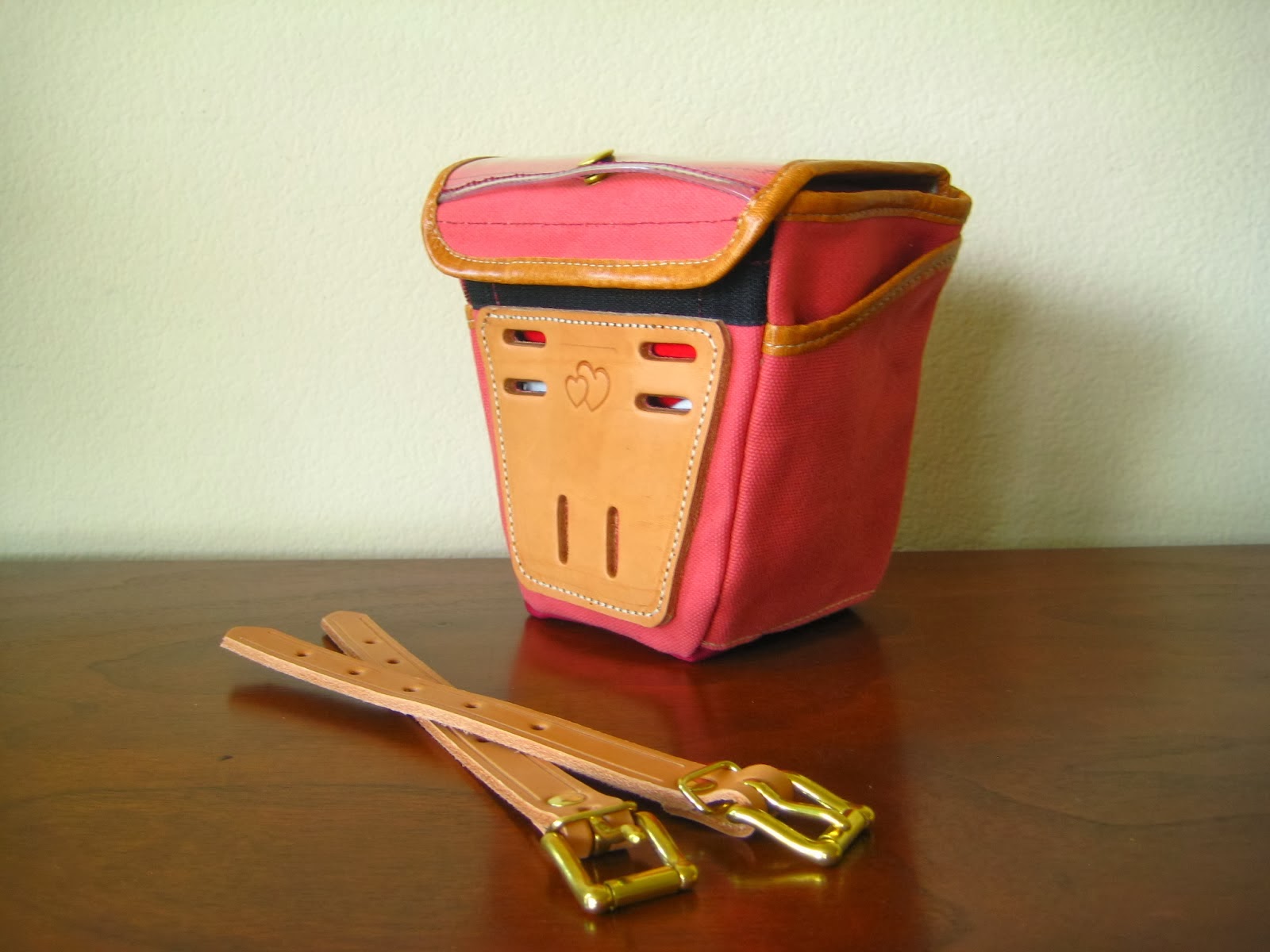 The little hearts stamped into the back of this bag are only a symbol of it, charming as they are.  If you look closely, you will see his impeccable stitching and finishing.  You will also notice this detail: 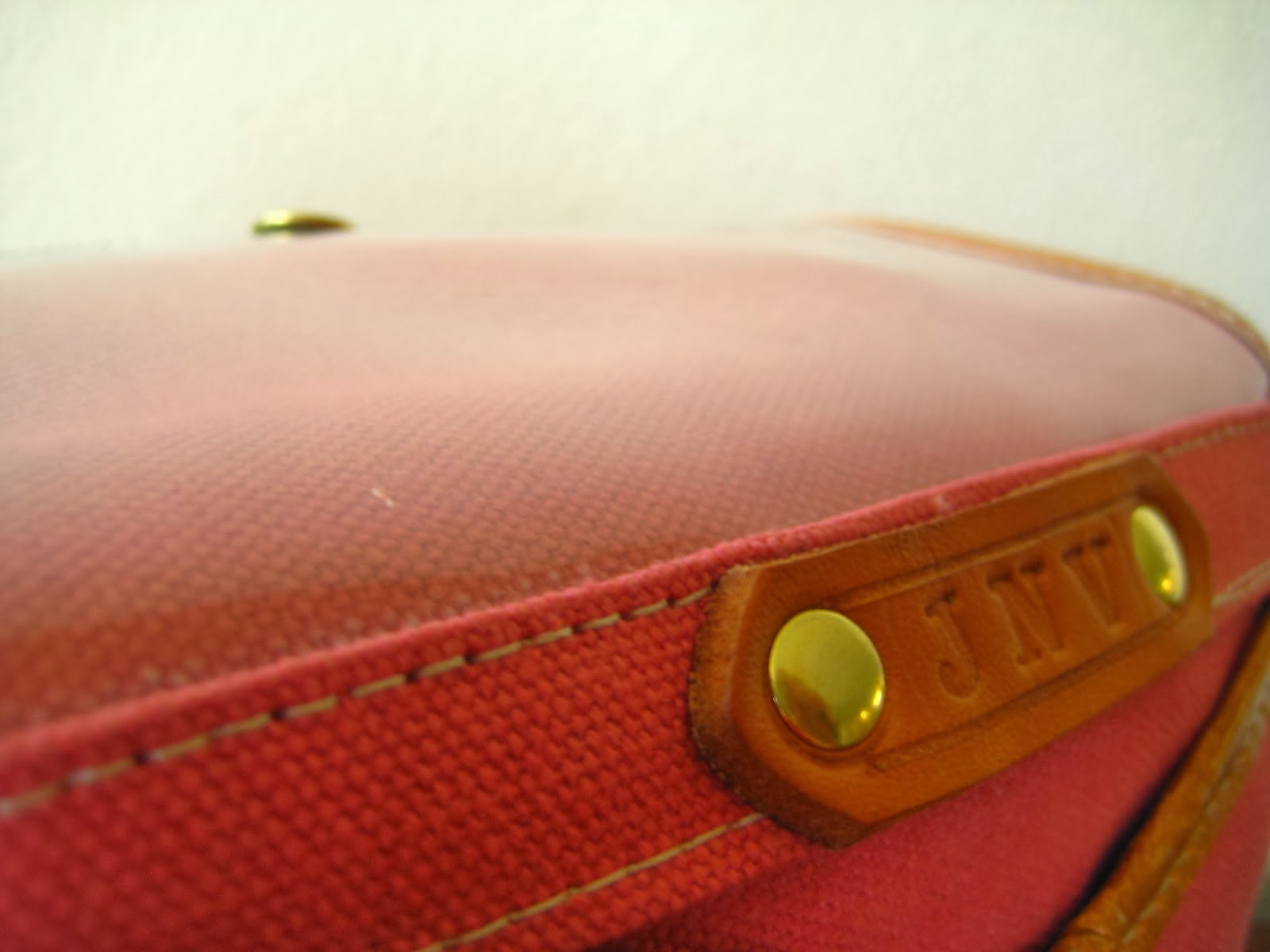 Those initials are mine.  That bag is the one you see on the front of my bike. 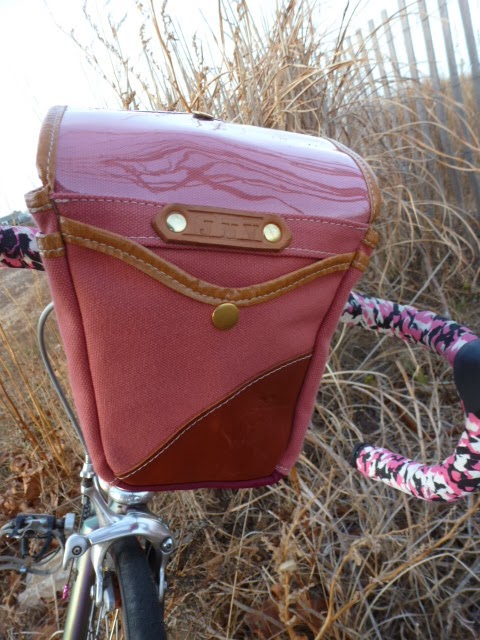 In addition to its beautiful workmanship, it has some of the best design I've seen in a bike accessory. 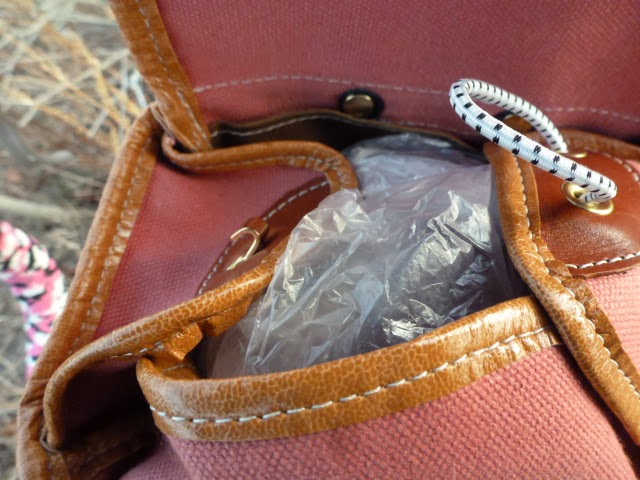 Those inside flaps are absolutely brilliant:  They keep the contents in the bag if I ride with the top flap opened.  This is especially desirable when you're riding with your camera or smart phone.

This fine piece of cycle luggage is called the Ruth Works Brevet Bag.  It fills a need I've felt for a long time:  It's about half the size of a traditional handlebar bag but larger--and more solidly constructed--than typical "handlebar purses."

The canvas from which this bag is constructed seems heavier and stiffer than on Carradice, Berthoud and other bags I've used.  Like the sacs from those well-known makers, my Brevet Bag kept my camera, phone and wallet dry during a rainstorm into which I rode.

The color you see is called "Nantucket Red".  It's really more of a salmon-pink color, rather like some flowers I've given and received.  Believe it or not, it's one of Ruth Works' standard colors.  (The others are black and a Berthoud-like grey.)  Ely will make your bag in other colors for an additional charge.  He will also make your bags out of other materials:  For example, he has made vegan versions  for several of his customers.

If you buy a Brevet bag, as I highly recommend that you do, remember to pull the leather straps as tight as you can when you install it.  That is best accomplished by threading the straps through the bag the way Peter White recommends threading them into Carradice saddlebags. Also, at the same time I bought the bag, I replaced my brake cables, as I do every year or so.  I actually cut the new cables a bit longer than the old ones so I could loop them to rest on top of the bag straps. Of course, if you use traditional non-aero levers, or are installing this bag on upright, "porteur" or "mustache" bars,you will not have to think about cable routing.

The other bag you see on the bike was also made by Ely: 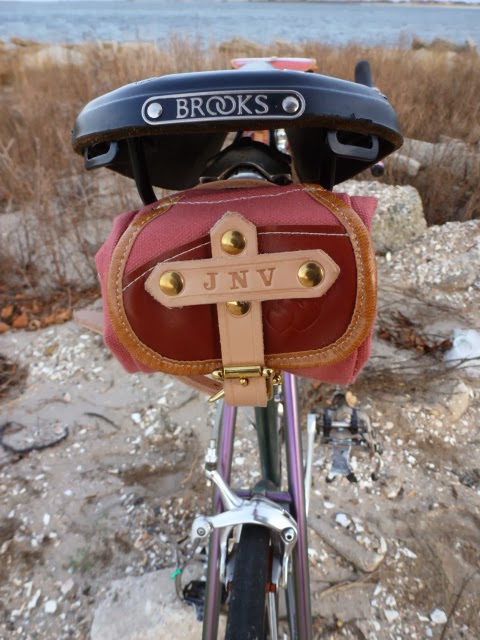 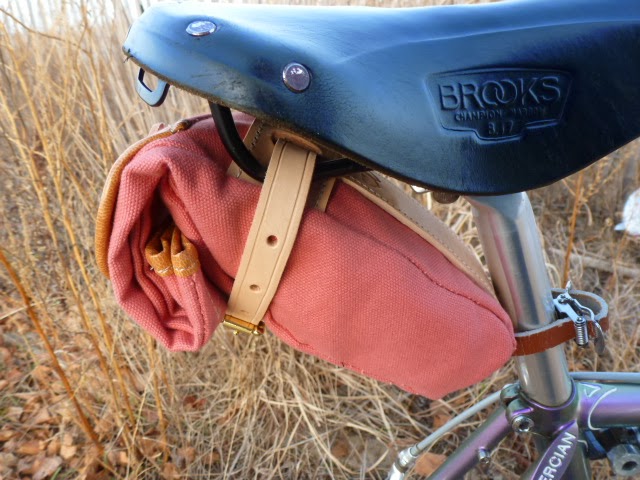 It's the small seat wedge, which will hold a spare tube (or two), your multi-tool, patch kit, tire levers and mini-pump (if you use one) with room to spare.  As you can see, it has a "roll" top secured by a strap and buckle.  Actually, there is velcro at the mouth of the bag, so if you expand and fill it so that you can't buckle down the flap, the bag will remain closed.

(Note:  In the photo, I used a toe strap because I temporarily misplaced the strap made for the bag. Ely supplies a leather strap that matches the one used to lash the bag to the saddle rails.)

If you like, Ely will make this bag with a zipper instead of the roll top and velcro.  I prefer not to have zippers on my bike bags, although zippers are not a "deal breaker" for me in choosing a bag.

I have also purchased other bags--yes, in this color-- from Ely.  I'll write more about them later.  I chose to write about the Brevet Bag and tool roll first because I have used them the most, and have ridden with them on Arielle (my Mercian Audax) and Vera (my green Mercian mixte) as well as on Tosca-.   Based on my experience so far, I love these bags' functionality and workmanship--and, let's face it, the way they look on my bikes.

I have mentioned some of the ways in which Ely will modify bag designs to your preferences.  He will add--or omit--pockets and other features as you like, or even build a bag to your design.  Also, he makes bags for musical instruments, martial arts equipment and other purposes.  Just call or write to him and discuss what you have in mind.
at February 14, 2014